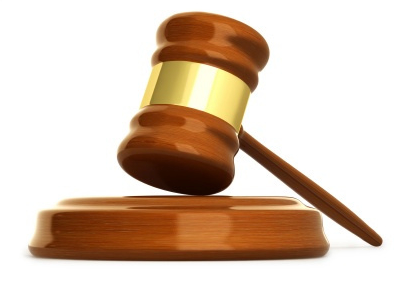 The Injury or Incident

The injury or incident is what initially gives rise to a lawsuit. It can be an accident, injury or suspected medical malpractice, or other event that has caused harm to an individual. As soon as you suspect you have a claim for which you may be entitled to compensation as a result of the wrongful conduct of another, you should attempt to accurately document as many facts as possible or you should contact an attorney who can take over such documentation. With most serious injuries, the injured party is appropriately focused on their health and recovery. If you are not able to document the necessary facts or contact an attorney, a friend or family member can do so on your behalf.

Once you believe you may have been through an event where you need a remedy, it is important to speak to someone in the legal profession regarding your rights. At this point you should consider selecting an attorney to help you. Most attorneys who help victims are willing to speak to them about their cases free of charge. You should use that opportunity and speak to an attorney about your case.

Whether or not you have selected an attorney, it is important to gather the materials you need to preserve the evidence in your case. For example, if you have been involved in a car accident, you will want to obtain the police report, information about any other people who were involved in the accident, witness names and contact information, insurance information, photographs of your vehicle, and photographs of the other vehicles. You also want to keep track of the doctors who you have seen, bills that you have incurred, and track how the injury may have affected you. The more material you have and the better organized it is, the more it will help your lawyer assist you.

Once an attorney is involved in the case, the attorney will often have an investigator take statements from witnesses, follow up on information related to your incident, and determine what information the attorney will need once a lawsuit is filed. On occasion, particularly strong cases may resolve without the filing of a lawsuit. In certain situations, we will prepare a package for the potential defendant or its insurer to review prior to filing the lawsuit. While these do not always result in settlement, it allows the defendant and the insurer to understand their exposure and what difficulties they may face as the case moves through litigation.

During the initial investigation and fact gathering stage, you will be expected to spend time with the attorney and/or their staff. It is important for the attorney to understand all the facts of the incident and how the incident has impacted your life. Even in non complicated cases, this will take a day or two of your time. In more complicated cases, you can expect the attorney to need more time with you to fully understand what we refer to as your harms and losses.

At a certain point in the case, once pre-filing fact gathering is done, the time comes to file a complaint. Sometimes these complaints have administrative hurdles that must be exhausted before filing. These hurdles include government claims. All government claims and complaints have strict statutes of limitations (due dates by which they must be filed). See Frequently Asked Questions for a more detailed description of the statute of limitation. If you miss one of these deadlines, you can be barred from ever filing a lawsuit against those legally responsible for the harm you sustained. In order to preserve your rights, it is always best to speak with a lawyer sooner rather than later.

The filing of the complaint is the initiation of the formal lawsuit process by the attorneys office. It is the framework through which litigation proceeds. Once the defendant has answered the complaint, the case is ready for formal discovery.

Formal discovery has several aspects, including asking and responding to questions known as interrogatories, seeking and turning over documents related to the action, asking the other side to admit to certain facts, and taking depositions. Depositions are formal question-and-answer proceedings that are taken down by a court reporter, and often a videographer, for use later at trial. Toward the middle portion of formal discovery, depositions are taken of percipient witnesses—those witnesses who have knowledge or have perceived something related to the incident. Toward the end of formal discovery, depositions of experts occur. These are witnesses hired by one side or another to provide opinion testimony on subjects like medicine, accident reconstruction, safety, design, and other areas.

The formal discovery process in a case can last quite some time. Depending upon the complexity of a case, formal discovery can last from three months to several years. Once the parties have completed discovery and gathered the evidence they need to prepare their prosecution and defense, the case proceeds towards trial.

The formal discovery period is also the time where parties can make certain types of motions—formal requests that the court take a specific action. These motions include requests that one side or the other respond to specific questions, such as a motion to compel, or they can be motions that seek an end to the lawsuit without trial, such as a motion for summary judgment. While rare, sometimes a court will grant a motion for summary judgment for a defendant, which will functionally end the case against that particular defendant.

If you are to be deposed, you should expect to spend several days meeting with your attorney to prepare you for meeting with the attorney for the at fault party. A good lawyer will spend the time necessary to make sure you know what to expect and are adequately prepared to give a complete, honest and full account of the subject incident as well as your harms and losses. If you are required to give a deposition, you can expect to spend 3-4 days with your attorney preparing for and giving your deposition.

During this time in the litigation, defense attorneys often request that the injured party be evaluated by a doctor hired by the defense. These examinations typically take less than a full day to complete.

Clients typically do not attend all of the other depositions in the case or the motion proceedings.

At a certain point in the case, the parties will typically sit down to some form of settlement discussions. The most common settlement discussion is mediation. A mediation is usually overseen by a retired judge or an experienced lawyer who acts as a neutral party and who works with the parties to try to resolve the case without a trial. A mediator cannot force any party to settle a case–the client makes that decision. The client does so when an offer has been made that the client feels is an acceptable alternative to proceeding to trial. While we enjoy trying cases, a settlement is frequently better than a trial—a settlement has a certainty that trial does not. While a client may be giving up the possibility of a larger outcome at trial, the client is guaranteed that they will get a result. No one can predict what a jury will do in a particular case. Some cases require several opportunities to sit down and discuss the case before the case resolves.

If your attorney believes a mediation could be useful, that process can also take approximately 1 full day in which to prepare and participate.

When the parties have been unable to reach a settlement and the case is fully prepared, the matter proceeds to trial. Trials on catastrophic cases often last several weeks or months. The majority of our trials are jury trials where 8 to 12 jurors make the decision. The client is an active participant during the course of the trial. The trial involves jury selection, opening statements, witness testimony, documentary or other tangible evidence, closing arguments, and jury deliberation. Once the jury or judge returns a verdict, the parties then have the opportunity to appeal the outcome if they believe that the result was unfair in some fashion.

In addition to attending trial, the client would also spend 1-2 days with the attorney preparing for their trial testimony.

Appeals occur when one side is unhappy with the outcome or decision that has been reached at trial and believe there is a legal basis for the judgment to be set aside. Cases can also be appealed if the judge has made a ruling on a terminating motion such as a motion for summary judgment. Appeals require detailed briefing and analyses of the facts, transcripts from the trial, pleadings from the underlying case, and briefings from all sides. Appeals typically take one to two years from the date the appeal has begun until the appellate court makes a decision on a case. Sometimes parties engage in settlement discussions again during the appellate process. If an appeals court upholds the verdict, then the case is most likely completed unless there are unusual circumstances. The appeals court can also decide that something was unfair during the trial and require that the case be retried.

Appeals are research and attorney driven and do not require the personal participation of the client.

Peace of mind begins today. Fill out the form below for a quick call from our staff.

Give us a Call

Give us a Call

The use of the Internet for communications with the firm will not establish an attorney-client relationship and messages containing confidential or time-sensitive information should not be sent. For our complete policy, click here.
All Rights Reserved, 2012 – 2021 ® Cornwell & Sample